June 5, 2014
Kyle Schwarber was drafted by the Cubs in the first round (4th overall selection)

June 16, 2015
Kyle Schwarber's MLB and Cubs debut. Schwarber comes in to catch the ninth inning and strikes out in his first MLB at bat.

July 25, 2015
An amazing game for Kyle Schwarber as he collects 4 hits, hits a 2-run home run to tie the game in the ninth inning and than wins the game for the Cubs in the 13th with his 2nd home run of the game. The first 2 home run game of his career with the Cubs.

August 6, 2015
At Wrigley Field, the Cubs defeat the Giants 5-4. Cubs score 5 runs in the first two innings and Kyle Schwarber is in the middle of both run-scoring innings. He scored on Jorge Soler's 2-run, 1st inning single and hits a 3-run home run in the 2nd inning. Schwarber goes 1 for 3 on the day with a walk, 2 runs scored and 3 RBI.

October 7, 2015
In the Cubs first playoff game in 8 years, a one game wild card playoff versus the Pirates in Pittsburgh, Kyle Schwarber after driving the cubs first run in the 1st inning, gives the Cubs a 3-0 lead against Pirates ace, Gerritt Cole with a long home run that ends up in the Alleghany River. This will be plenty of runs for Cubs Cy Young award winner, Jake Arrieta who shuts out the Pirates. Cubs advance to the next round of the playoffs. Their first playoff series victory in 13 years when the 2003 Cubs advanced to the NLCS vs the Marlins.

October 13, 2015
In an amazing Game 4 NLDS clincher against the St. Louis Cardinals, Schwarber hit one of the most historic home runs in Cubs history when his 7th inning blast gave the Cubs a 6-4 lead. The ball ended up landing on top of the right field scoreboard. It has often been called the "Schwarbomb"!!!


10/26/2016
After playing just 2 regular season games in 2016, Kyle Schwarber is able to rehab well enough to play designated hitter in the 4 World Series games in Cleveland (he did pinch hit once at Wrigley Field). His bat is very helpful in game 2 as he goes 2 for 4 with a walk, a run scored and 2 RBI in a 5-1 Cubs victory in Cleveland. The series goes to Wrigley Field tied 1 game for each team.

Even though Schwarber did not score or drive in a run in this game, his 10th inning single was a key hit and when Albert Almora (who pinch-ran for Schwarber) tagged up and got to second base on Kris Bryant's long flyball to center field, it helped set up the walk to Anthony Rizzo and ultimatley the game-winning RBI's by Ben Zobrist & Miguel Montero.

April 18, 2017
Cubs make a nice comeback from a 7-4 deficit to defeat the Brewers 9-7 at Wrigley Field.  Kyle Schwarber & Miguel Montero homer for the Cubs and Cubs bullpen pitches 5 1/3 innings giving up just one run to let the offense come back and win this one.

May 17, 2019
Cubs hit 6 home runs, 3 by Kris Bryant, 1 each by Kyle Schwarber, Albert Almora & Willson Contreras to defeat the Nationals in Washington.

Cole Hamels pitches 7 innings, giving up just 6 hits and no runs while striking out 9 batters.

Kyle Schwarber drives in 4 runs and hits a 2-run home run as the Cubs leadoff hitter on the day.

July 16, 2019
Alec Mills gives up 3 runs to the Reds in the first inning, but he and the Cubs
bullpen hold the Reds scoreless through the tenth inning, allowing the Cubs to tie the game 3-3.  Kyle Schwarber wins it for the Cubs with a walk-off home run in the 10th inning.

September 5, 2019
Cubs & Brewers are tied 4-4 going into the 6th inning when the Cubs score 5 runs to take the lead.  Kyle Schwarber hits a grand slam.  Anthony Rizzo has 3 RBI and Willson Contreras goes 4 for 5 with a home run, 2 runs scored &
2 RBI. 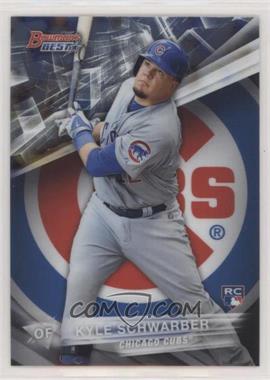